Finland once again manifested along with 115 other countries on 28.9.2012 the Poetry Day “FOR A CHANGING WORLD.”
The eveniment happend at library hall of poetic association “TUULENKANTAJAT”, which were supporters of celebration and together with organizer Silvana Berki made possible this event for the city of Tampere and representative for Finland.

Thanks goes to the association, and all participants; poet which came from so far like Oulu city (northern Finland), Orivesi, Hameenlinna and other cities.
Participants were poets, writers, historians, musician, artist and actor. Every one according to his creativity field expressed their views on global changes in a critical form, and poetic.

At the same time the creators were acquainted with each other’s creativity. I must personally express special thanks to all the participants-poet-writer-Finn who showed once again that they are people of peace, and love poetry as well a better world. Therefore, I thank them for their correctness by participating on the eveniment and make me feel no longer ” a stranger” in between. According to their request I did make a presentation for my background and a bit historical interview of Albanian political situation.

They also showed interest in my poems that I had chosen and translated for the day with social and patriotic themes. The goal was to be known a little bit of culture and Albanian features. Poems which submitted were: The immigrant King, The testament and The man who always smiled.
Other interpretations were from finnish writers Kirsti Kuronen, Raija Paananen, Erkki Tuomo, Ville Hytönen.

The evening continued celebration with a group of musitions as special in spanish songs. 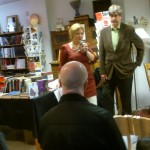 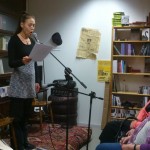 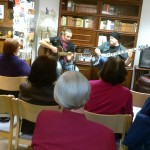 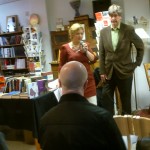 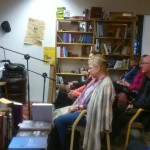 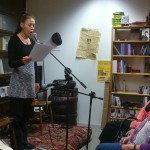 This entry was posted in Tampere. Bookmark the permalink.