ALL musicians and Poets to join us, September, 29, at the Road Kill Bar, Saturday from 2 pm on.
This is going to be a great day of Global awareness the Music and Poetry. NO COVER CHARGE! NO DONATIONS. Just come enjoy and show your support for change to end suffering worldwide.
See ya there, Skinny

It’s a worldwide concept that started out with “100 Thousand Poets for Change”, but the musicians around the world were invited the following year to get into the spirit of calling the world to change – a change from violence, political corruption, crime and all the negativity in the world.

Musician Tim Bud (aka Barefoot Skinny) spearheaded this movement in San Pedro, Belize, by gathering as much local musicians on Saturday, September 29, 2012.  Entertainers, musicians and singers from across all musical genres convened on stage at Roadkill Bar, on Coconut Drive, to jam for the cause.

“It was a very happy gathering with such a positive vibe,” commented Angel Perlita Zapata, who was also invited to play the drums with the group. “Nothing was rehearsed and the music was live; this is what made the event even more fun and special.”

Roadkill Bar blew up with lively music and people just gravitated to the wonderful atmosphere that was created by the event.

*Special thanks to DJ Mauricio Mejia and PA Bill for sound reinforcement.
Nancy Scott – Equipment and Logistics support
Debbie Gardner – Super Roadett
Big thanks to Matt and Jo King for the beverages for the musicians and their great venue.

800 Events Confirmed In 115 Countries!
100 Thousand Musicians for Change Day took place in conjunction with 100 Thousand Poets for Change Day on September 29, 2012. Musicians, singers and songwriters from across the planet united in demonstration/celebration of MUSIC to promote serious social, environmental, and political change?

This past, September 24, 2011, 100 Thousand Poets for Change was initiated and the result was the largest poetry reading in history. For September 29, 2012 the group invited musicians to join in the celebration/demonstration to let the world know they have a voice and care about the future of the planet. Click here to learn more about the cause on their Official Website and Facebook 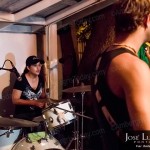 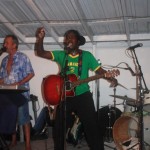 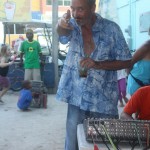 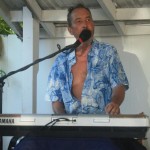 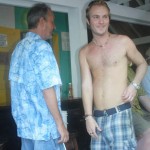 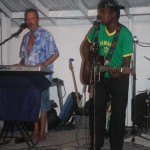 This entry was posted in San Pedro. Bookmark the permalink.