Afrikan Freedom Station
41 5th Ave, Westdene, 2019 Johannesburg, Gauteng
If we were all to jump into the air at the same time, would the force of our collective landing knock the earth off its course around the sun? on 28 September 100 000 poets around the globe will lend their voices to a heartfelt wish to change the world, to make it a better place, for you and for me and the entire human race.

If we could breathe and speak only of love, peace and justice for a whole day, could we make it real for just that day?. And if we did make it real, would it be embroidered and reshared? Could we infect the world with a virus of poetic justice? 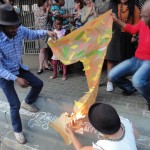 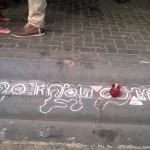 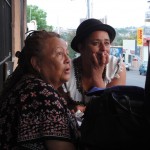 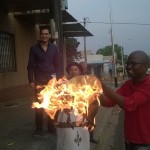 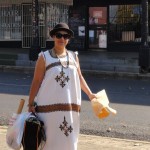 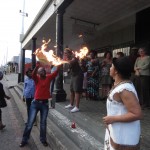 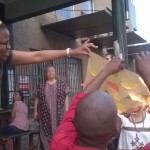 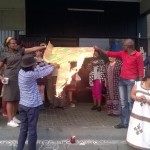 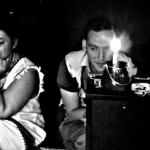 The image we chose to publicise the event is one by one of my favourite artists Betye Saar and of course we used it just like that guerrilla style and we hope that she won’t mind because she inspires us too.

Drawn in by Afrikan Freedom Station, us, poetry, ideals and the promise of meeting hot young people poets trekked in from different places, for some it cost them quite a bit of money and energy to bring them to us and home again.

Besides our desire to speak our poems in the intended way, the encounter provided other opportunities which we plundered mercilessly. Quince Hopkins’s short, beautiful poems about love and forgiveness and family and friends and Malaika Minyuku’s fabulous fantasy poem launched the day, and we were then grounded and aimed with Rikki Minyuku’s gentle honest questions, answered by poems. Donna Smith graced us with a set of love poems and then stayed on to answer questions about Jamaican poetry, rhyming and reasoning and the music that lives in her work.

Vangi Gantsho had herded along with Raphael d’Abdon poets from Tshwane from No Camp Chairs Poetry Picnic and the Penseed Poets and all the poets are from some group or another, some community or other, Myesha’s special gift is to bring people together. A poet is a historian, a seer of their community, so it was in this way that we managed to amplify the work, and share influences, techniques and other bits of information towards the craft of poetry.

It seems that they came from the north (Tshwane) and the South (Vaal Triangle) in support of the event and to share their poetry. And as much as we thanked them for creating the day, they thanked us for bringing everyone together.

“thank you for allowing me to part of Greatness” – Mandy Poetician Ndaliso, Vaal Triangle

“fun and worth it” – Given Illustrative Masilela, Tshwane

“A great Sunday it was!! Thank you yet again.” Thapelo NakedSoul Tharaga

“What a wonderful event.” Gillian Godsell

“What a wonderful day. From the cheerful “Hello!” Ammi gave every new arrival, to Nuru’s amazing unplanned reading of Maya Angelou’s Life Doesn’t Frighten Me At All, and my head nodding off my neck as Mandi Poetician Ndaliso shared her poems on love, God and relationships, and Myesha’s funny pugnose poem and Phillippa’s dress… I could go on. Malaika and I were so honoured to be included” – Rikky Minyuku

Duduzile Zamatungwa Mabaso, the independent publisher and poet, recited a delicious set of poems and made her works available to the audience. Photographs of the event were taken by a lot of people with good phones like Aida Mwaniki and Mandy Ndaliso and Vangi Gantsho.

Myesha Jenkins who started Jozi House of Poetry said that the session was “spirit-full” and Andrew Tsafendas-nyusha-Whispa-Kydd mthakhathi-Cloud, a stray artist who inscribed chalk images on the pavement with children as a kind of mandala said it was “brave+honest+visionary” – and that what happens when poets come together.

We felt so brave that we wanted to put out a chapbook/anthology of all the poems that were heard on that day.We haven’t quite managed the logistics of that yet. But. We might.

The main thing is that the universe now contains some fabulous lines of poetry, we spent aday thinking about nothing else, and love comes crashing in under such circumstances. I can say that at least for me, life has changed….and you?

This entry was posted in Johannesburg. Bookmark the permalink.