Today between 3.00 to 4.00 P.M one more Nellore edition of 100 Thousand Poets For Change was organised at Nellore district museum.Today coincidentally happened to be the World Tourism Day which sentiment has well synchronised with the poems recited amidst the echoing walls of the Nellore district museum housing dozens of ancient relics. Today’s event was organised by Dr Perugu Ramakrishna, a noted World Poet and was chaired by Eminent Indian English Poet MV Sathyanarayana (Mahathi)

Sri MV Sathyanarayana in his opening speech elucidated the evolution of Poetry in the world, and recited his poems titled Tears,and A Silent Cukoo. Other young poets viz., Ramapuram Srinivasulu,

As an epilogue Dr Perugu Ramakrishna has recited one of his much acclaimed poem titled Swacch Bharath.The event ended with Felicitations to MV Sathyanarayana and Mrs Subbulakshmi.

In this connection on behalf of 100 TPC we convey our heart felt thanks to the Assistant Director, and his team of Nellore District Museum for successfully conducting the programme. 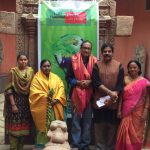 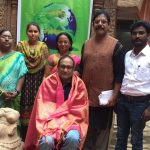 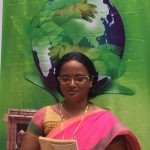 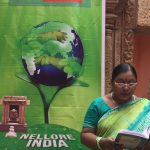 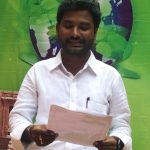 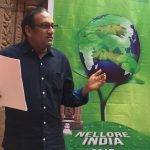 This entry was posted in Nellore. Bookmark the permalink.