Organiser: Department of Communication and Journalism at The University of Mumbai

Organisation: Department of Communication and Journalism at the University of Mumbai, Mumbai, India 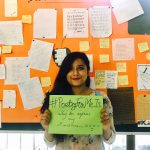 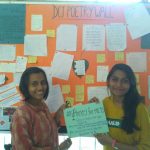 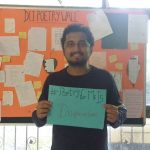 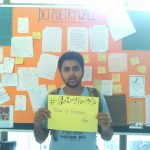 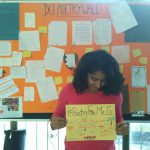 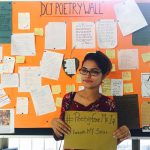 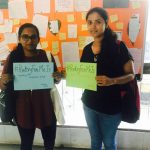 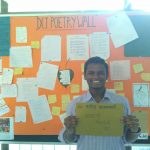 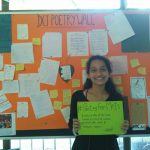 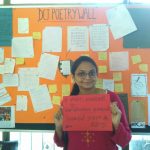 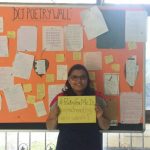 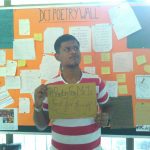 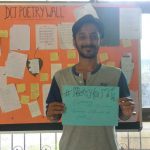 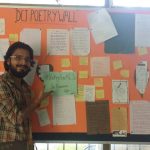 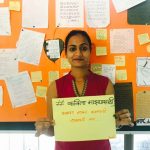 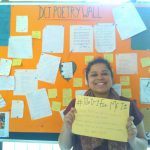 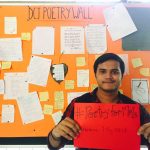 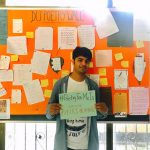 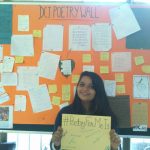 As a part of our efforts to participate in the 100 Thousand Poets For Change initiative as a University Department, we asked a few students to express what poetry meant to them. Here’s a glimpse of what they had to say!

The complete schedule for the event on September 29, 2017.

A poem to remember

An Assistant Professor at the Amity University, Mumbai, Abhishek Choudhary has worked in the media field for years before formally entering the world of academics. Gaurav Tripathi, well-known for his poem, Lord Ram in Court, is a writer you absolutely shouldn’t miss listening to. Being well known for their love for poetries and performances, the duo will present a talk on how poetry has helped in bringing about social change.

Heading the Department of Marathi at Smt. CHM College can almost be considered synonymous with the ability to be in love with the language. Understanding the nitty-gritty of the spoken and written word comes naturally to Prof. Nitin Arekar. This session will help you understand the poems written by Pradnya Daya Pawar, a poetess who is known for her efforts in bridging the gap between the twentieth and the twenty-first-century literature and audiences.

A media professional, Daniel Pinto has spent seven years in the world of newspapers, fine-tuning the details as a sub-editor. Previously, he used to review films for DNA online. He is a poetry enthusiast who would be sharing his insights on how the narrative of war poetry had seen a change post the Great War.

Gargi Ranade and Laxmi Krishnan might be just two third-year students struggling with assignments, but have a lot to say when it comes to sharing experiences of organising poetry and literature events in the city. Right from making people go on blind dates with books to describing the quintessential sari-clad Mumbai woman through the written verse, they have done it all. In their session, they will talk about how slam poetry is used to express views on social issues today. 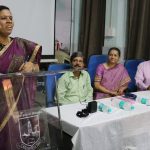 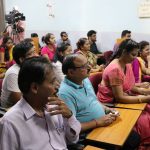 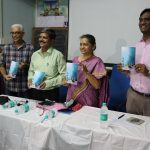 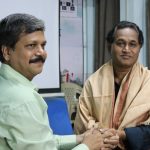 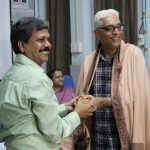 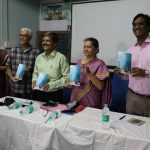 With the 100 Thousand Poets For Change right slated for tomorrow, the Department is no doubt coloured in the hues of poetry. As a part of which, today, on September 28, a book and two CDs are set to be launched at the Department of Communication and Journalism.

A PhD scholar with the Department of Communication and Journalism, Manoj Varade is all set to release his first book of poems in Marathi. When he is not busy poring over books and manuscripts or working over his thesis, he is busy managing the cultural wing of Brihanmumbai Electricity Supply and Transport (BEST) as the general secretary. On September 28, his book of poems will be launched by Dr Bharati Nirgudkar, the Head of Marathi Department at the University of Mumbai.

In an attempt to eliminate the language barriers and make Bhagavad Gita, a Sanskrit scripture accessible to his mother and eventually to the common man, Vinoba Bhave translated the entire poem into Marathi in Ovi metre for the prose. On September 28, the audio record of the same will be released by the Dr Radhakrishnan Pillai, the author of Corporate Chanakya and the person behind the Leadership Sciences course being run at the University of Mumbai. The 18 Adhyays of the story have been narrated for the CD by Dr Sanjay Ranade.

Kanupriya is a story from the perspective of Radha of what she feels about Krishna’s achievements and absence while he is with the Pandavas. It is a long-form poem written by Dr Dharmaveer Bharti, which is being narrated by Dr Sanjay Ranade for the CD. This too will be launched by Dr Radhakrishnan Pillai.

As days went by, the poetry saw poems being put up by students in the Department as well as their friends from across different cities in India!

Our professors, Dr Sanjay Ranade and Ms Daivata Patil loved the beautiful and inspirational poems on the DCJ Poetry Wall, but couldn’t help themselves from spotting and correcting mistakes even there!

As a part of our initiative to participate in the 100 Thousand Poets For Change, we have created a poetry wall at the Department, where everyone is invited to pin up their poems and thoughts. There is absolutely no restriction on content. Our only goal is to fill it up by September 29. People can even send in their poems to us digitally and we shall write and pin them up.

We, the students of the Department of Communication and Journalism at the University of Mumbai are looking forward to organising this event in our department, where poets and professors will address the listeners about poetry in different Indian languages. The sessions will include the various aspects of social change through poems, with a discussion on the theoretical aspect of such poems along with a few recitals. The event will be held on 29th September.

This entry was posted in Mumbai. Bookmark the permalink.

One Response to 100 Thousand Poets For Change: University of Mumbai Edition