The Los Angeles Poet Society is proud to be participating in a RALLY AGAINST POLICE BRUTALITY! JUSTICE FOR ANDY LOPEZ! ​

​Andy Lopez was killed by Deputy Sheriffs in Sonoma County — Santa Rosa, California. He was shot 8 times for holding a toy gun. He was 13 years old. The communities of Sonoma County, and all those who sympathize and seek to preserve life and personal freedoms, are rising up Saturday, June 7th, the weekend of what would have been Andy’s 14th birthday… and we are say NO to POLICE BRUTALITY!​
​Why does this happen? Countless, nameless, people are victimized by the bullies in blue… the police named to protect and serve.

All they serve is the pocket book of big business, while they take all of our tax money, and try to convince us they are on our side. They kill our children, intimidate the average man and woman on the roads… They are not in alliance with us.

Help us bring awareness to the rage in Police Brutality, and find true

Justice For Andy Lopez!!!!! Cops are profiling and hauling people away from their lives, their families and security. In Sonoma County, they pick on immigrants because they are “powerless” when it comes to US law… they don’t seem to think twice about it.

We know all about racial profiling… brutality and public defense for Trayvon Martin, more Latinos being pulled across borders in Arizona… The police are horrendous.
We ARE NOT POWERLESS!

Join us in a Rally, Protest, and Panel against Police Brutality!
​This event is in partnership with 100 Thousand Poets for Change, Justice for Andy Lopez, and the Revolutionary Poets Brigade!​ 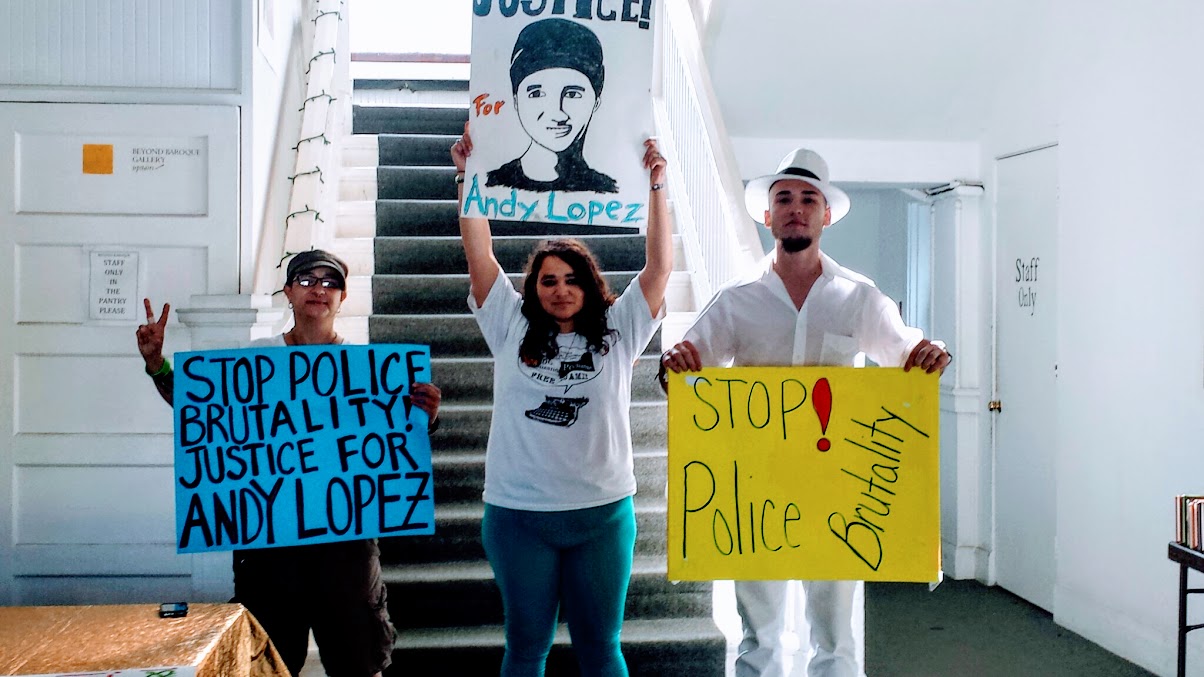 Rolling oceans de Amor, ebb and flow with Grace;
As a beauteous resolution is sprouted with a single seed.
Hold us close dear Sac Re Cur, we want to feel your breath,
As we, yes we, interconnect like the neo-dreamers of ions.
Between breathless moments of silence that are filled with joyful harmony,
Our voice is as loud as burning butterfly wings

At this moment, I see the divine lines of spirits connecting
–yes intersecting–
And finding common ground in the urban beat-ba-beat-beat-beat.
Our streets, paved with concrete, will be de-con-struct-ed;
Brick by brick if we must.
We Chalk for those we Love:
Julia Butterfly Hill;
Angela Davis;
Malcolm X;
Dr. King;
Ceasar and Hugo Chavez;
The Drag Queens at (the) Stonewall (riots);
Sophie Lancaster!
Yes! It is up to us to build trust and seek new horizons,
For we are the immigrant dreamers of Zion
And greatness (yes greatness) is what we be.
So I am going to breathe (mindful of the trees, the birds, the bees and the azurite blue sea.
Che-che-checking in with the Angels of Glory; we are the new story
And the breath of inspiration is in our lungs like argon…
Beyond the world of Maya and Utnapishtim are new beginnings
And the truth is…
The truth is …
That the greatest Earthians;
The greatest of Earth’s inhabitants have not yet been born–
The colorful, genderless children with rainbow eyes are sitting amongst the stars, Laughing in the moonlight,
Swinging in the starshine
Awaiting for the days of free flight.

So, let us pave the bridge across the ocean;
And build a road that extends beyond the sea;
Embrace one another with open heart, body and mind;
Be Love and take the time for one another;
Listen to the wind (it is our voice);
Be fearless, courageous and loving;
And if nothing else
Inspire integrity,
because My Brothas’ and Sistahs,
we
are
a
community.

People of color are sentence to death
on the streets by badges and guns
who wear cowards member Chris Donner
Black and Brown cops
don’t kill little white boys. WHY?
Cops get away with murder
’cause of criminal lies they utter

“I thought the Boy’s toy gun had rounds
and he was armed and deadly
he stalked his yard killed a rubber duckie
and just grazed a polka-dot puppy
I was in fear for my life
so I returned rapid fire killing the perpetrator!”

Every-time a cop sleeps wit’ the “REAPER”
I muse how many Brothers of color
has that “ROGUE” cop killed
and gotten away legal genocide
under the color of flour sack face folks laws!

My belated condolences to the Lopez family

What were you doing?

What were you wearing?

Where were you going?

Imaging yourself, walking down your street,

To check your mailbox –

Many communities have that –

So you are just walking,

You are holding a knife,

Or maybe it was a letter opener,

And you hear someone yell:

You hear this call behind you,

Barely begin to around

That’s where your story stops.

For holding a “weapon”,

Without the chance to turn around.

Not give the chance

To prove that it was NEVER

But it’s too late for that.

Your voice is silent.

To avoid controversy, the policeman is suspended…

The tragedy of YOUR LIFE

Time passes and the policeman is back on duty.

Ready to pick up

Where he left off.

So where were you standing

That the police force has murdered 1000s

Of lives across the nation?

Where were you when you learned

That policemen go on “Patrols”

To beat down on unarmed

Where were you sitting when you

Of the 1000s of nameless women

Who were forced to comply,

Remember Andy Lopez. He reached 13 years to be proud of, until Deputy Sheriff Gelhaus took it all away, that afternoon, on October 22, 2013. Andy was murdered. Shot 8 times for carrying, openly, a “weapon”.           Toy guns…   did you ever play cowboys and Indians? 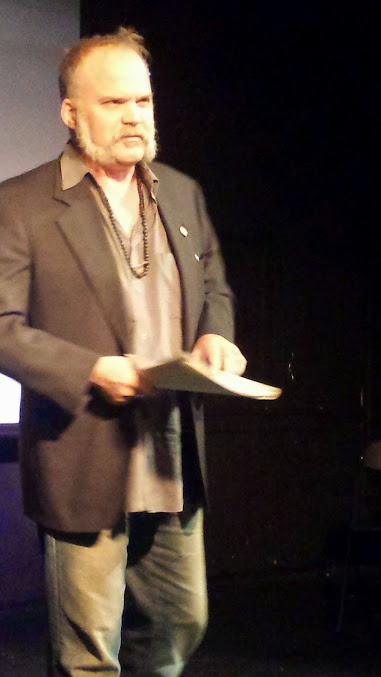 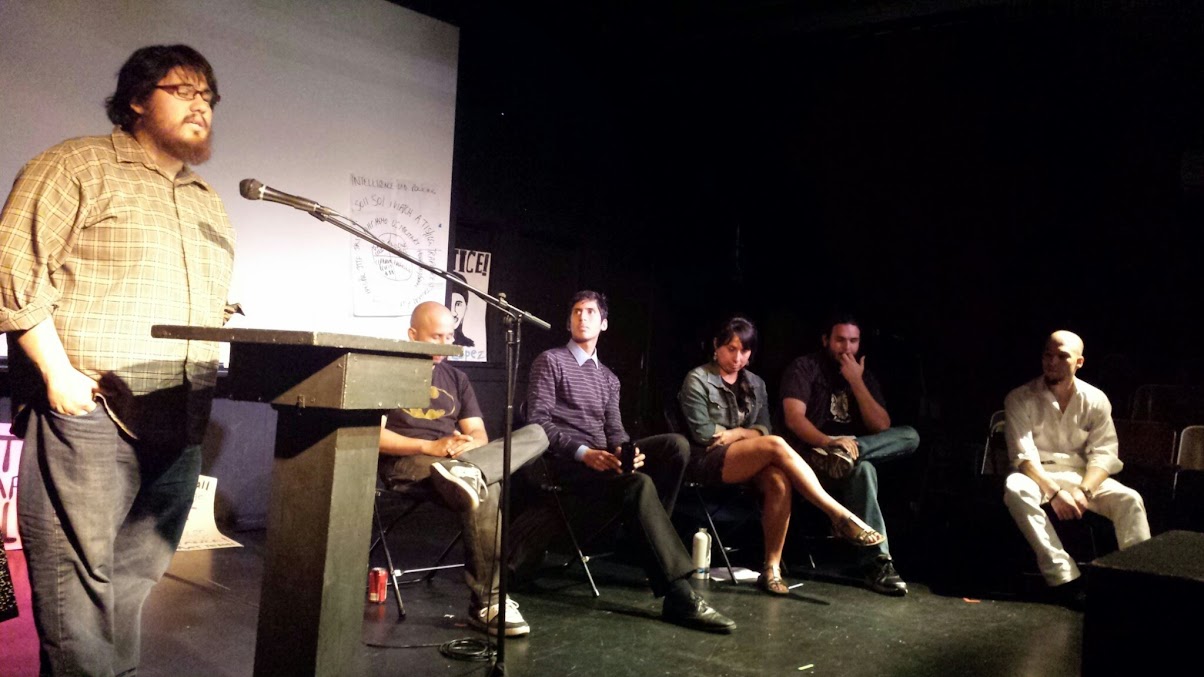 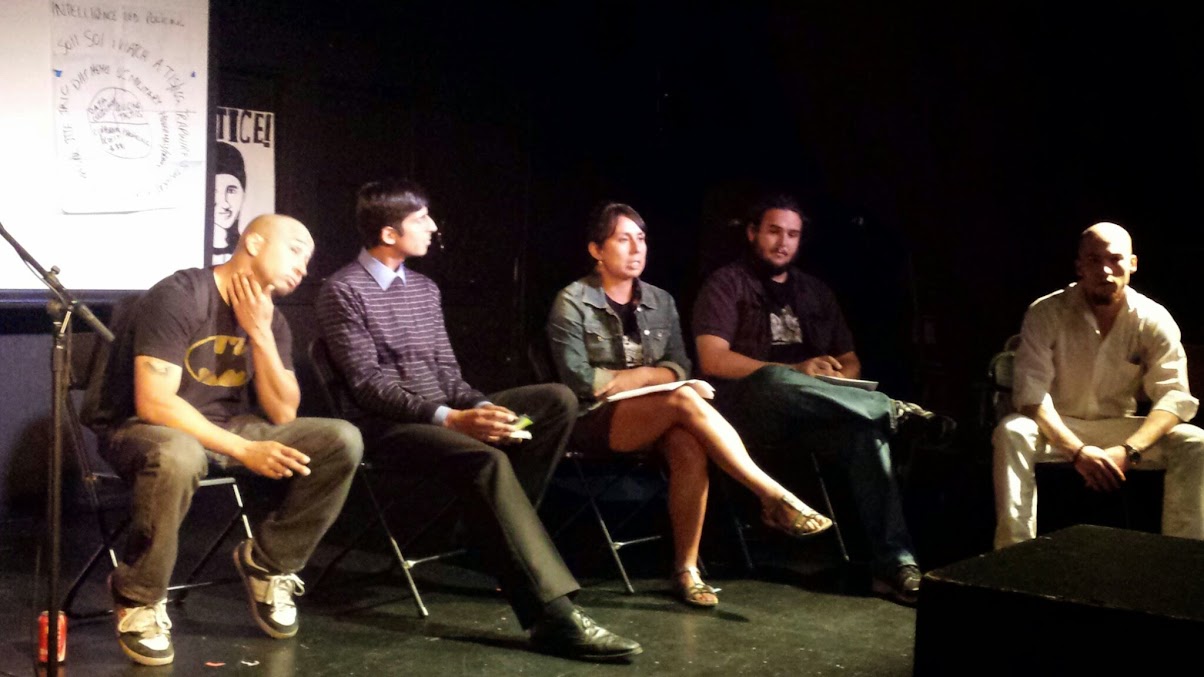 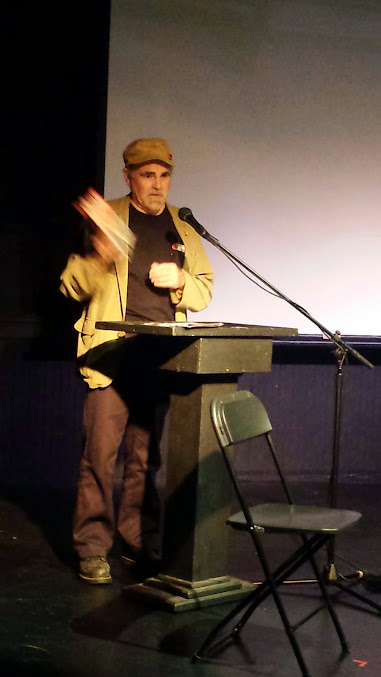 Richard Modiano presents “How well do you know your rights?” 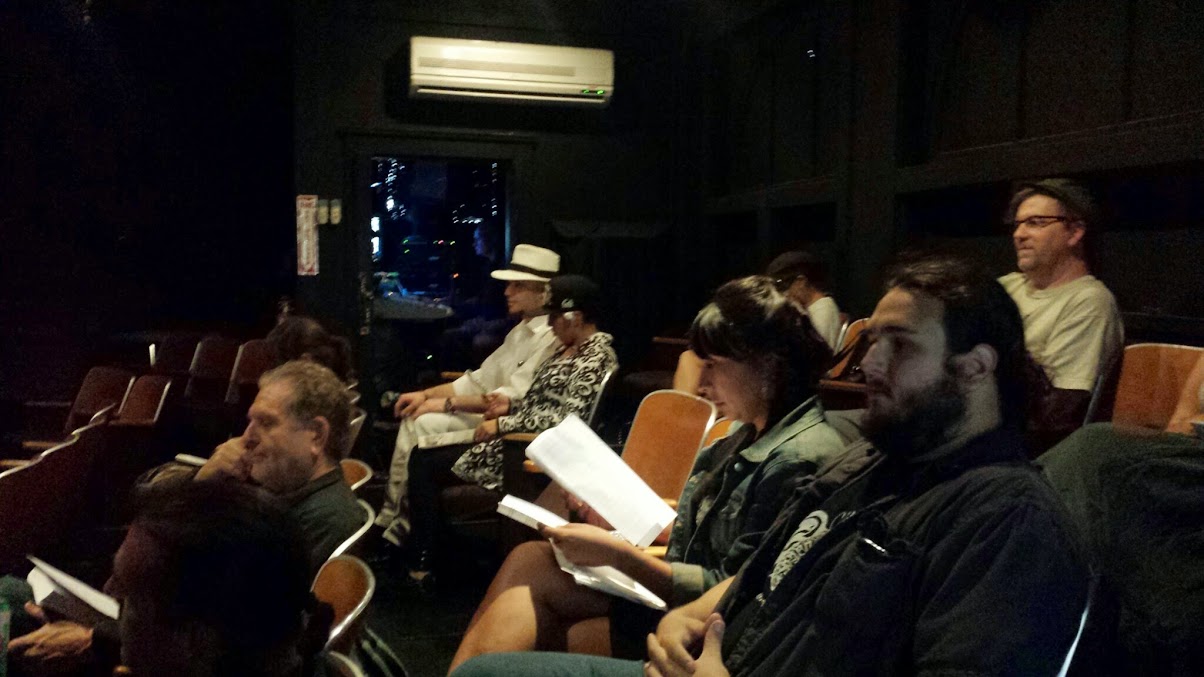 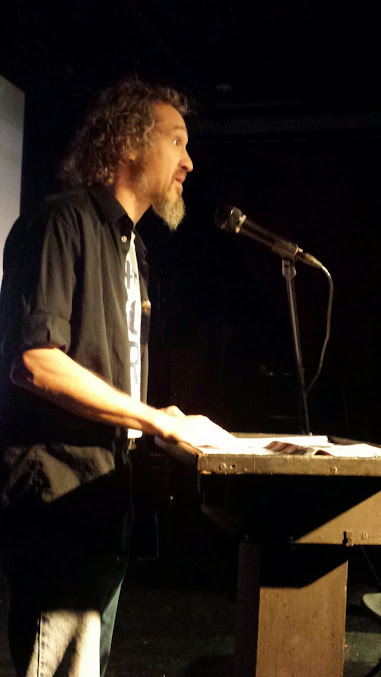 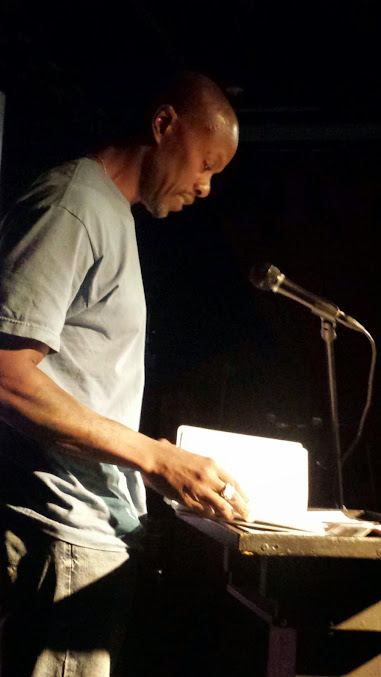 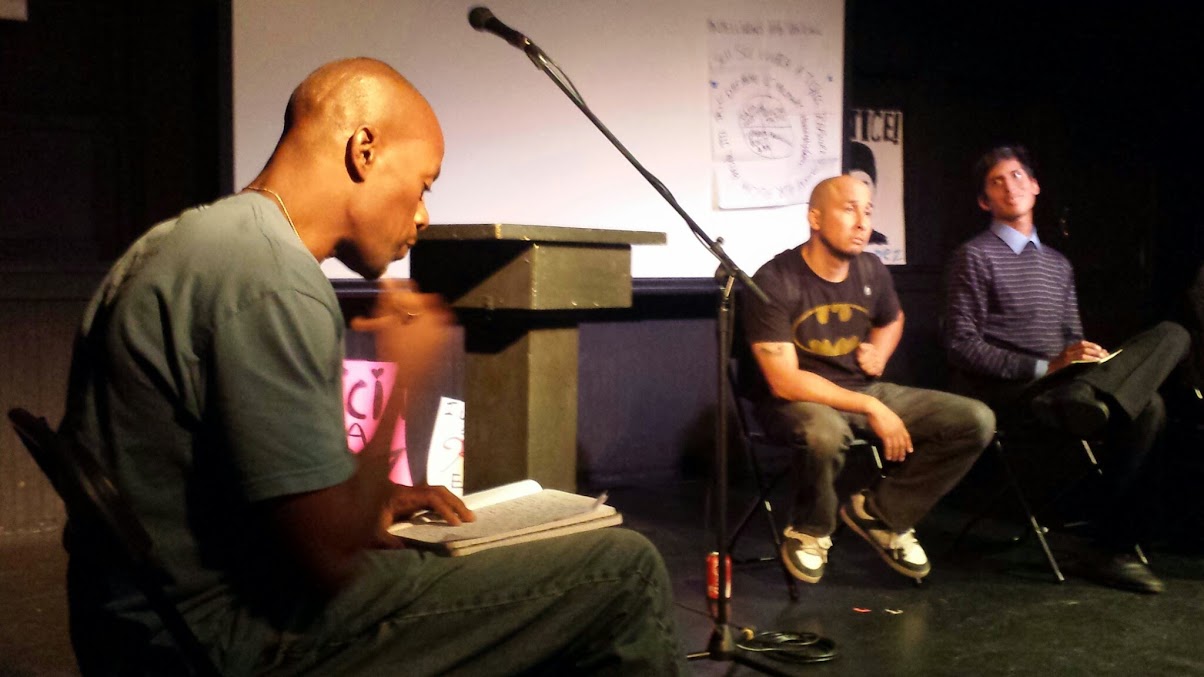 Jeffery with the panel 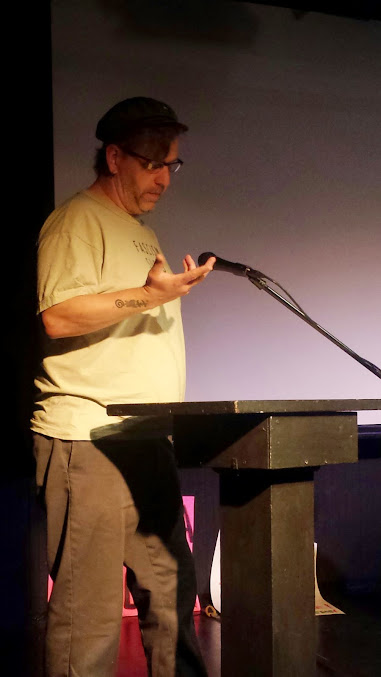 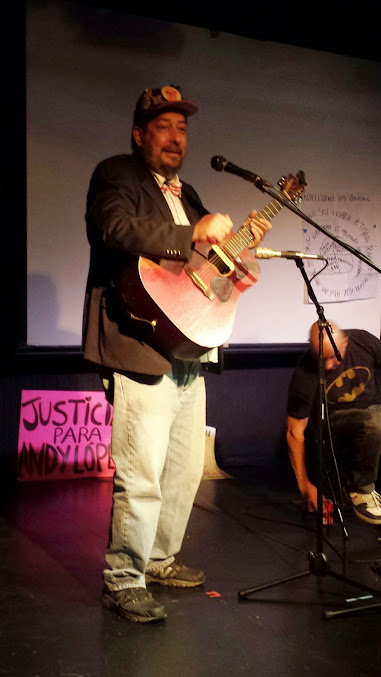 The Whale sings “Badges and Guns” 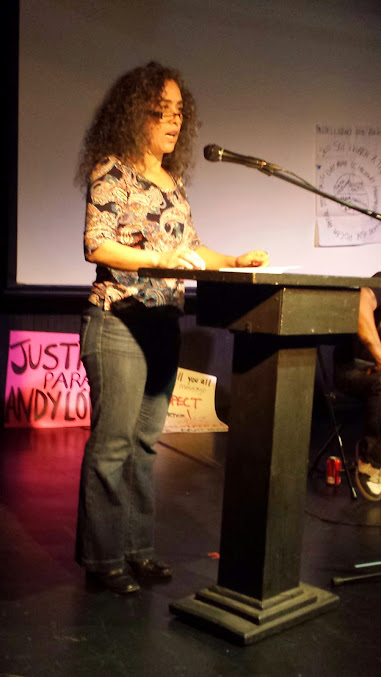 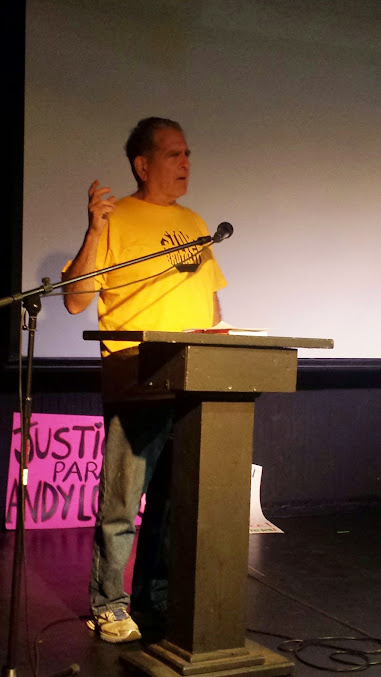 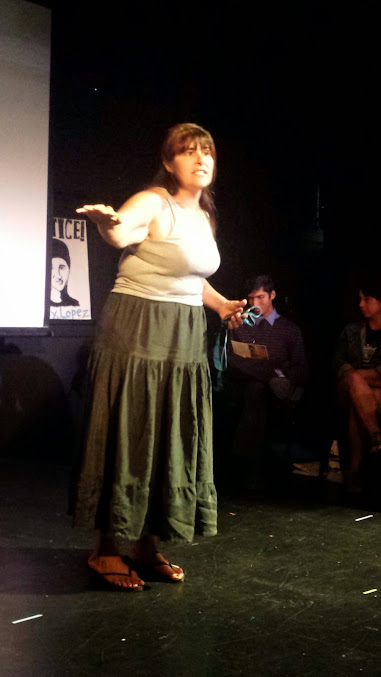 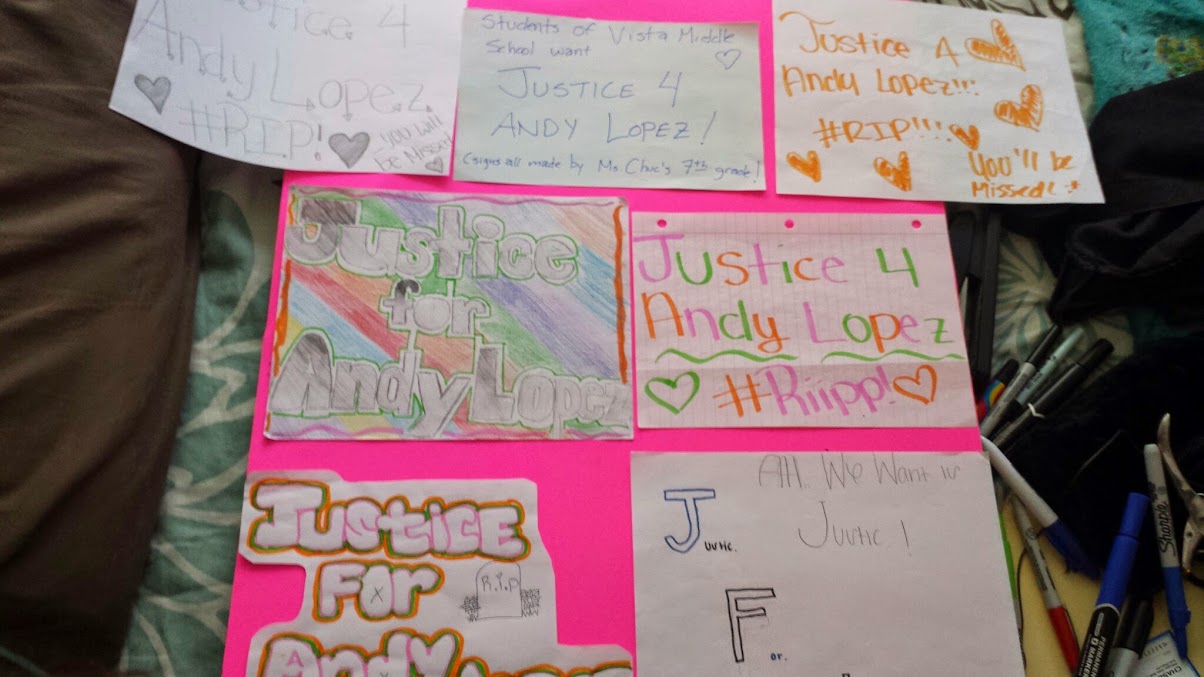 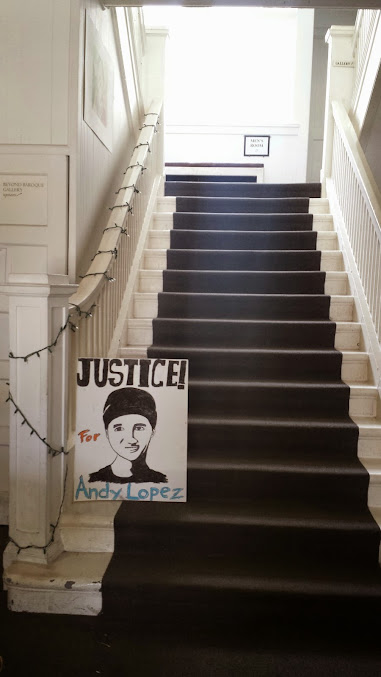 Let us be your bridge to Los Angeles Poetics!