Our 2020 Community Partners and Co-Organizers

Vinegar is an artist-run, women-led nonprofit organization. They champions artists by facilitating the creation, experience, and convergence of contemporary art, infusing it into communities to support, challenge, and enrich our collective consciousness. Vinegar makes and celebrates contemporary art in Birmingham and beyond. We are so grateful to them for being our primary partner and facilitator in making magic happen with (and through) this event.

100 Thousand Poets for Change, or 100TPC, is an international grassroots educational, 501c3 non-profit organization focusing on the arts, especially poetry, music, and the literary arts. It was founded in 2011 by Michael Rothenberg and Terri Carrion, and focuses on a worldwide event each September. Poets around the USA, and across the planet, gathered in celebration of poetry to promote social, environmental, and political change. 100TPC has organized over 5000 poetry events from Baghdad to Budapest. We proud to host the 4th Annual Birmingham 100 TPC event here.

Be A Blessing Birmingham

Be A Blessing Birmingham is a nonprofit organization providing food, hygiene items, and clothing to our displaced neighbors in the Birmingham area. This summer, Be A Blessing and its founder, Erica Robbins, has not only served our displaced neighbors, but they have also been instrumental in the protest movements across the Greater Birmingham area, providing assistance with bail for protestors. On the third Saturday of each month, Be A Blessing Birmingham team transports tubs of sorted clothes, shoes, snacks, and feminine products to share with Birmingham’s transient community.

The 2020 edition of 100 Thousand Poets for Change: Birmingham will bring poets together with movement artists in a unique artistic exchange for social justice and awareness in our community and beyond. Local poets Laura Secord, Joi Miner, Mango Miner, Emma Bolden, Desai Ogada, Josh Baker, and Maria Vargas will read poems for change alongside the improvised movement of Fen Kennedy and Brianna Rhodes.

Every year, we partner with different local establishments to do a reading that fundraises for a local nonprofit. In previous years, we have raised money for: Dynamite-Smithfield Community Landtrust, Alabama Coalition for Immigrant Justice, Shut Down Etowah, and GASP Birmingham.

This year’s event, brought to you by VINEGAR and Magic City Poetry Festival, will benefit Be A Blessing Birmingham. Be A Blessing Birmingham is a nonprofit organization providing food, hygiene items, and clothing to our displaced neighbors in the Birmingham area. All funds raised during this event will go directly to Be A Blessing to aid with any and all of these necessary and important activities. We hope you’ll join us to use our art for change!

To register and/or make a donation, just click on the large purple button below. 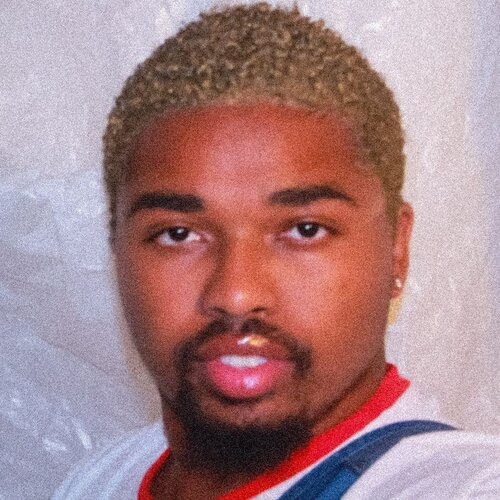 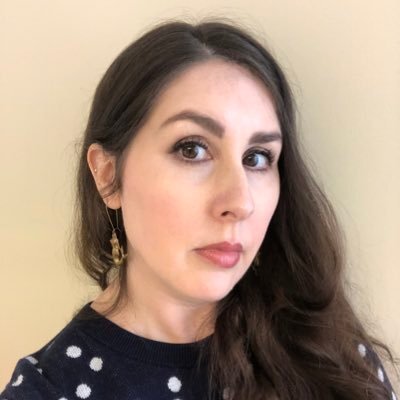 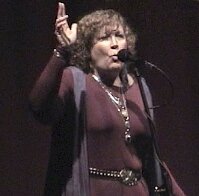 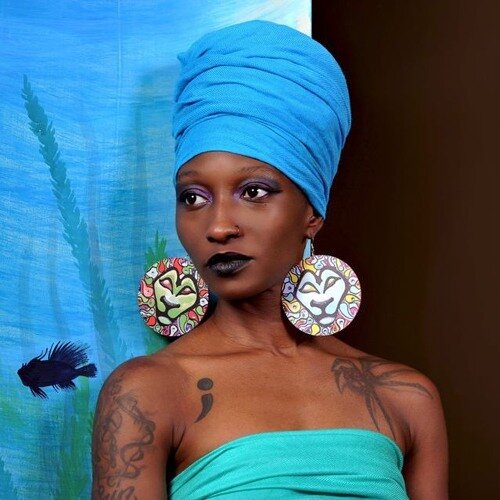 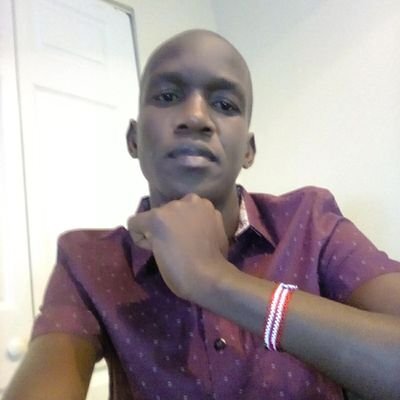 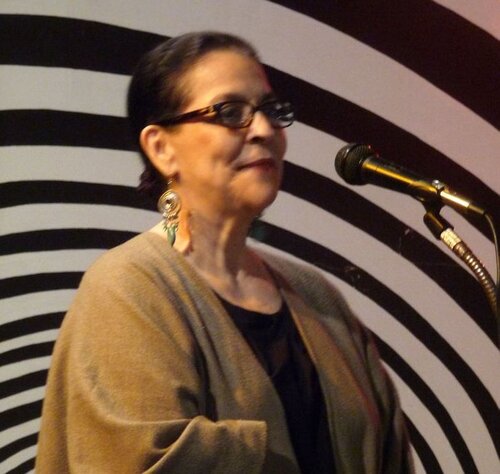 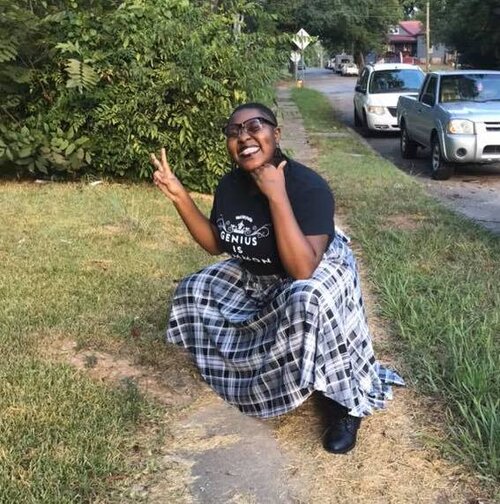 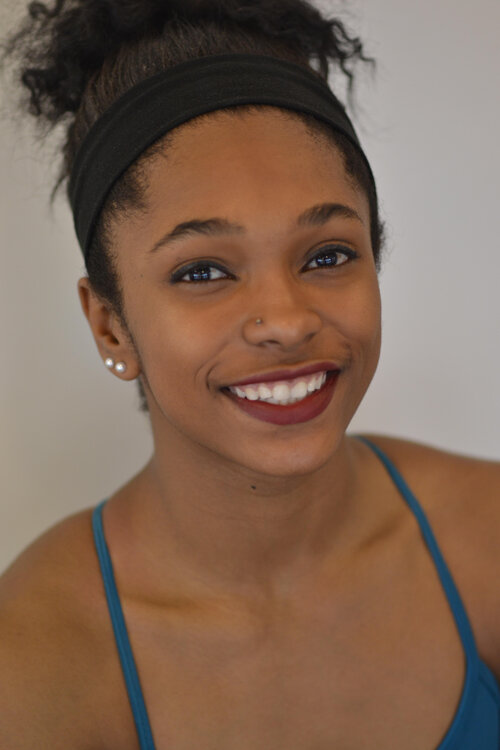 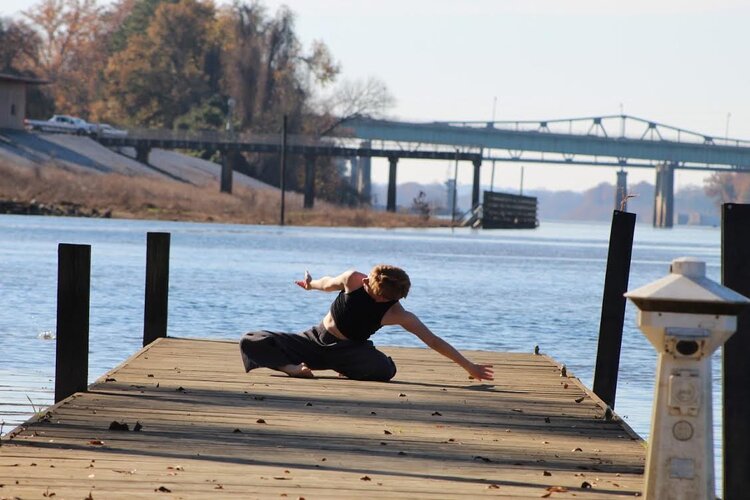 Joi Miner, 38, is a mother of two beautiful daughters from Montgomery, AL (currently residing in Birmingham, AL). She is a full-time author-preneur: editor, performance poet, storyteller, sexual assault and domestic violence activist, who loves spending time with her family, hosting shows, and listening to good music. You can listen to here readings online at Soundcloud and purchase her books and support her writing here.

Tuscaloosa-based poet Joshua Baker is a Huntsville native and MSW graduate from Alabama A&M University. His passions lie in minority mental health and LGBTQIA+ advocacy. He has had the opportunity to feature at Out Loud HSV and perform at 100 Thousand Poets for Change Birmingham. He has had work published in Out Loud! HSV: A Year in Review (2016-2019), Aura Literary Arts Review, and Hypertrophic Press. Baker was a member of Out Loud HSV’s 2018 Poetry Slam Team and has led various poetry workshops rooted in harnessing the power that lies in our joy, our identity, and our immutable truth. Baker has also self-published two poetry chapbooks entitled This Here Side of Creation (2018) and Love Poems & Other Ways to Lose A Poetry Slam (2018). He lives. He loves. He tells stories. And on most days, that’s enough to foot the bill. You can support this poet by purchasing a book online.

Emma Bolden is the author of House Is an Enigma (Southeast Missouri State University Press), medi(t)ations (Noctuary Press), and Maleficae (GenPop Books). The recipient of a 2017 Creative Writing Fellowship from the National Endowment for the Arts and a 2019 Literary Arts Fellowship from the Alabama State Council on the Arts, her work has appeared in The Norton Introduction to Literature, The Best American Poetry, The Best Small Fictions, and such journals as the Mississippi Review, The Seneca Review, StoryQuarterly, Prairie Schooner, New Madrid, TriQuarterly, Shenandoah, and the Greensboro Review. She currently serves as Associate Editor-in-Chief for Tupelo Quarterly and an Editor of Screen Door Review.

Desai Ogada is an active creator and theater artist in Birmingham. He is fluent in several languages, including English, Kiswahili,  and Dholuo (pronounced [d̪ólúô]) or Nilotic Kavirondo, a dialect of the Luo group of Nilotic tribe languages, spoken by about 4.2 million Luo people of Kenya, Uganda, South Sudan and Tanzania, who occupy parts of the eastern shore of Lake Victoria and areas to the south. The subjects of his writing often include theatre, poetry, and poly-culturalism. He is the co-founder of Lagnet, a theater company in Kenya, and was a feature poet for the Shelter in Magic Reading Series this past year.

Laura Secord earned her MFA in Creative Writing from Sierra Nevada College. A Pushcart nominee, her poems have appeared in The Birmingham Weekly, Arts and Understanding, The Southern Women’s Review, PoemMemoirStory, Passager, Indolent Books, Snapdragon, Voices of Resistance, Cahoodleloodling and Burning House Press. She is the director of Community Engagement for The Magic City Poetry Festival. She has a lifelong commitment to women and the under-represented. Her verse novel, An Art, a Craft, a Mystery is forthcoming from Livingston Press in 2021.

María Esperanza Vargas is a Nicaraguan poet, narrator, and translator. She has a BA in English and a BA in Philosophy from the University of Alabama at Birmingham (UAB), an MA in Spanish and a PhD in Latin American Literature from the University of Alabama (UA). Her doctoral dissertation, “Transgression, Transformation, and Paradox in the Autobiography of the Lieutenant Nun” examines the fictional elements inherent to autobiographies and other cultural products. She has been an editor for the magazines Astarte and Poems, Memoirs, Stories, Hispania, and La Tatuana, an online literary journal of the University of Alabama. Her poems and stories have appeared in magazines and anthologies such as Mujeres de sol y luna (Women of Sun and Moon, 2007), Voces de oro (Golden Voices, 2007), En las redes de la poesía (In poetry’s Nets, 2008), Poemas escogidos de la poesía nicaraguense actual (Selected Contemporary Poems from Nicaragua, 2008), Cuentos nicaraguenses de ayer y hoy (Nicaraguan Short Stories of Yesterday and Today, 2014), Hermanas de tinta (Ink’s Sisters, 2014), Voces de la resistencia (Voices of Resistance, 2017, poems in English published in Birmingam, Alabama), Voces del café (Voices of Coffee, 2018), and Résister, Anthologie de Poésie Latino-américaine (To Resist, an Anthology of Latin American Poetry/Sponsored by PEN International France, 2019). In 2009, María won Birmingham Southern College’s Hackney Award for poetry in English, and in 2003, her book, Los ojos abiertos del silencio (The Open Eyes of Silence) won the Rafaela Contreras Poetry Prize for Central American Women Writers. Email her at mariaembv@gmail.com.

Qadira Miner, better known as Mango, is an 18-year-old, spoken-word poet. She was published in the Guardian and The Atlantic before she graduated high school, and has had the opportunity to travel across the country to share her words and speak her mind. Now, as a college student, she wonders what the future holds for her and her art. She’s a rockstar in the making, confident in her own skin, and loves feeling the golden rays of the sun shining on her face in the summertime.

Dr. Fen Kennedy is an Assistant Professor of Dance at the University of Alabama. Their research – practical and theoretical – investigates the articulation of social and cultural norms, and how dance has the power to change and challenge our values. Their work has been published in Dance Chronicle, The Journal of Dance Education, The Activist History Review, and is forthcoming in Politics as Public Art: The Aesthetics of Organizing and Social Movements. Their choreography has most recently been seen on Alabama Repertory Dance Theatre, at C for Courtside Gallery, and in SHAPE Residency’s Virtual Exhibit. In pandemic-free times Kennedy also travels and teaches social partner dancing across the United States.

Brianna Rhodes is a 2019 graduate of The Ohio State University with a degree in Dance. She was a former dancer Dayton Contemporary Dance Company, as well as a dance teacher for many dance studios and summer camps in Columbus. Everything she does comes with a creative point of view focused on the equality of any sex, race, sexuality, and profession. Her love thrives in Dance, African & African American history, activism. She recently utilizes the art of poetry to further her creativity towards activism.

This entry was posted in Birmingham. Bookmark the permalink.