Author Daniel Michael McKenzie will MC, and read from his new work.

Rockit Science is a local band that is steadily gaining altitude.

Albert Flynn DeSilver is an author, amongst other appellations, most recently of
Beamish Boy: A Memoir (Spring 2012).

Tony Rodriguez is a journalist from the East Bay and is working on a novel called
“Under These Stars.”

Pagan Neil has been a Street Poet since the Summer of Love, and has had eight books
and chapbooks published, including the dictionary, Book of Love: An Encyclopedic
Lexicon & Consulting Dictionary of the Word Love(1985), 12 Moon Poems (1989) and
You Can’t Fit a Square Head in a Round Soul (1970). He will appear with his son, Jack
Duggan Neil; and Alan Shearer, a violinist.

Dana Alberts is a musician and poet and founder of Minus One, a skate rock band, which is
releasing their second album on DC-Jam Records this Fall.

Rev. Joey Talley is a Wiccan minister and poet living in the Deer Park area of Fairfax.

Daniel Michael McKenzie is writing a trilogy about pirates at the time of the Ottoman Köprülü Era (1656–1703), called “The Holy Trinity.” He will read several of his poems.

Geoffrey Todd Lake is the author of the chapbook, “Songs To The Sky.” He lives in Santa Rosa.

Barbara Swift Brauer is a freelance writer and editor living in San Geronimo, California. Her work has been published in many periodicals including West Marin Review, The MacGuffin, Spillway, Pedestal Magazine, Zone 3, and Banabe Mountain Review, as well as several anthologies, including The Place That Inhabits Us (Sixteen Rivers Press, 2010). She is co-author of a nonfiction book, Witness: The Artist’s Vision in The Face of AIDS (Pomegranate Artbooks, 1996) with portrait artist Jackie Kirk. Her full-length poetry collection, At Ease in the Borrowed World, is forthcoming from Sixteen Rivers Press in April 2013.

Albert Flynn DeSilver is an author, amongst other talents, most recently of Beamish Boy: A Memoir (Spring 2012). His work has appeared in more than 100 literary journals worldwide.

Native American Indian poet Luke Warm Water was born and raised in Rapid City, South Dakota, and is an enrolled member of the Lakota Tribe. Luke currently resides in Oakland, California. His paperback, John Wayne Shot Me, and other books, are available at Powell’s Books Online.

Joey Talley is a Wiccan minister and poet living in the Deer Park area of Fairfax.

Tony R. Rodriguez writes for EXAMINER.com, where he composes under the column “San Francisco Literary Examiner.” Here he has covered various beats that have captured his literary fancy. Namely, Rodriguez has been fortunate to review dozens of books and interview the likes of Anne Rice, Paul Krassner, Rachel Kramer Bussel, Lisa Lutz, Eric Drooker, and Carolyn Cassady. He’s also a Board Member of PEN Oakland, a chapter of PEN Center USA, which is itself an affiliate of PEN International.

Dana Alberts (Minus One)

Minus One has released a new album “No Sign of Angels (DC-Jam),” and band leader Dana Alberts will be performing an short acoustic set from the album.

“I’ve been a Street Poet since the Summer of Love, but somehow managed to acquire a B.A. in Humanities, an M.A. in Poetry & an M.F.A. in Poetics & Writing. I’m a Member of the American Academy of Poets & the National & Alta California Storytellers.

“I’ve had 8 books & chapbooks published including the dictionary, Book of Love: An Encyclopedic Lexicon & Consulting Dictionary of the Word Love (1985), 12 Moon Poems (1989) and You Can’t Fit a Square Head in a Round Soul (1970).Further bio info can be obtained on his Facebook page. He will appear with his son, Jack Duggan Neil; and Alan Shearer, a violinist. 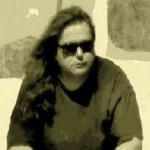 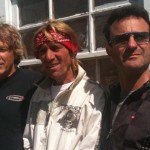 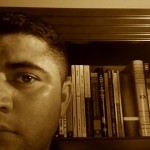 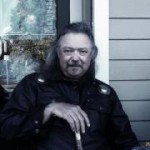 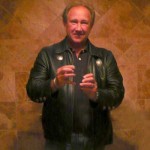 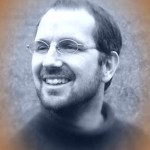 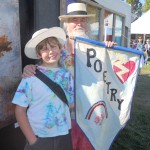 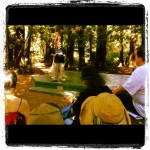 Any Way The Wind Blows–Pagan Neil

If Love be the Wine- Geoffrey Todd Lake

This entry was posted in Fairfax. Bookmark the permalink.